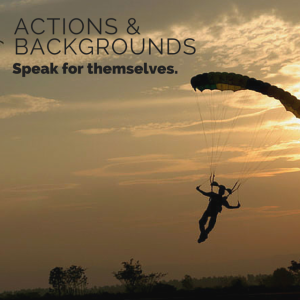 From Chapter 1 “Humility: The Root of Success,” in Ingredients of Outliers

Terri is a vivacious marketing and public relations expert we employed at NextCare. She and her sister Tracy are twins and give new meaning to the word “identical.”They finish each other’s sentences, laugh before the punch lines of each other’s jokes, and enjoy a sameness shared only by twins. Remarkably, they each married fighter pilots.

Terri is married to Aaron, an F-16 (Viper) pilot, whose last deployment was flying lead solo with the Air Force Thunderbirds. Aaron was simply the best of the best. He looked, acted, and was every bit a walking recruitment poster for Air Force aviation. One of Aaron’s most endearing qualities is humility. Despite his accomplishments, his war record, and his rapid rise through the ranks of the Air Force, Aaron is as low key and as humble as anyone you’ll ever meet. Although he has “rock star” status, this vignette is not about him.

It was through Aaron and Terri that I met Tracy’s husband Matt. Matt is an Air Force Academy graduate who was also a Viper pilot. He was one of a select group of pilots chosen to first fly the F-35. Officially named the Lockheed Martin F-35 Lightning II, this single-seat, single-engine fifth-generation fighter aircraft was designed for multiple roles, including ground attack, reconnaissance, and stealth missions. Matt is also at the top of the pyramid of a group of “A-gamers.”

On one occasion Matt and I planned to fly from Mesa, Arizona down to Tucson to watch Aaron fly in the first Thunderbird show of the season, performed for the Air Force personnel stationed at Davis-Monthan Air Force Base. We’d be flying in an old Korean War-era fighter trainer, a T-28 “B” Model, affectionately called “The Trojan,” which I’ve owned and flown for the last twelve years.

After spending some time doing the preflight and walk around, we climbed up on the wing to start getting strapped in. Like most fighter pilots of today, Matt didn’t have any “round engine proptime.” Despite his thousands of hours of jet time, his combat experience, and his obvious expertise—this was an entirely new experience for him.

He listened intently during the preflight, asking relevant questions, and was genuinely interested in the background and flying characteristics of a piece of aviation history. As he was strapping into the parachute, I began explaining the egress procedure, should we have to bail out.

Mind you, I’ve never had to bail out of a plane and have never parachuted. The only time I’ll ever bail out is if we’re on fire. Save for that, I’m flying it to the ground. Bailing out of the T-28 is reported to be easy: blow off the canopy using a compressed nitrogen charge, unplug the communication cord attached to your helmet, roll the plane inverted, unbuckle your belt, and let Newton take care of the rest.

I was explaining the procedures in detail to Matt. About halfway through my monologue, it occurred to me that I wasn’t sure if Air Force pilots, as part of their training, had to actually skydive. (They don’t. They’re towed behind a vehicle until they get to about five hundred feet, then are released and parachute to the ground so
they can experience a landing).

About the time I was explaining how to pull the rip cord after clearing the plane, I stopped and asked Matt if he’d ever jumped. He flashed a shy smile and remarked, “Well, if we jump today, it will be my 762nd time. I was part of the Air Force Academy demonstration sky dive team.”

I replied, “Okay then, here’s how we’re going to do it. I’m going to watch you, and do everything you do!”

What’s so remarkable is that both Matt and Aaron have more to boast about than most of us. Yet, they don’t spend one second trying to impress anyone, not even when given the obvious opportunity from a poser like me who was trying to explain how to jump out of an aircraft. The “real deals” don’t need to boast; their actions and backgrounds speak for themselves.

Previous: A Month of Contrasts
Next: How to Find a Mentor: in a Medical Profession and Otherwise!