From Chapter 5, “Communication: A Lost Art” in Ingredients of Outliers 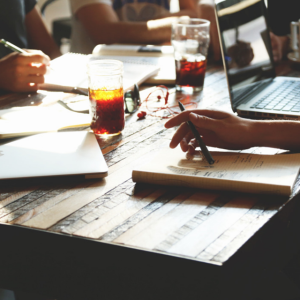 I must admit I’m not always the best or most appropriate in terms of my style or manner of communication. I’ve also learned over the years to take most things with a grain of salt (partic
ularly if it’s followed by a shot of tequila and a slice of lime), so I don’t get too worked up over much of anything that’s directed my way. This has been tested of late, but more on that later.

That said, I’ve learned a thing or two about how not to communicate and what not to say or write, mostly from experience. The following are styles of communication I frequently observe, which ultimately do little to further the intended discourse or outcome.

One caveat: grammar changes, rules change. What may be a no-no today is okay tomorrow. So don’t be one who “doth protest too much, methinks!”

There’s no question that we’re turning into a nation of functional illiterates, so I was happy to learn that at least a few folks are trying to change it. Meet Jeff Deck, founder of the Typo Eradication Advancement League (TEAL). Jeff and his partner, Benjamin Herson, travel America “to stamp out as many typos as we can find, in public signage and other venues where innocent eyes may be befouled by vile stains on the delicate fabric of our language.”

They visit stores, restaurants, and other facilities to fix typos, add missing apostrophes and delete incorrect ones on signs and billboards, often with permission of the owners and on occasion, without. Not surprisingly, one case in the latter category got them into a bit of trouble.

It happened at the Grand Canyon, operated by the National Park Service. Like most—perhaps all—government agencies, it isn’t exactly known for either common sense or a sense of humor. It seems these desperadoes had corrected a couple of small signs, only to find themselves arrested and charged with “conspiracy to vandalize government property.” They were sentenced to a year’s probation and have been banned from national parks for a year.

Anyone seeing this pair perpetrating a similar crime is urged to call Silent Witness or the local police. Or just give them a well- deserved round of applause.

About the worst writing advice I’ve seen is to rely on spellcheck programs. A couple of years ago, a popular magazine published an article titled “How to Appear More Intelligent” and included this bit of really bad advice: “Spell-check. Seriously. This is one of the world’s great inventions—maybe better than the wheel. Use it religiously to correct your typing mistakes.”

Great invention? Better than the wheel? Not even close! Sure, a spellcheck program will catch some typing mistakes, but it will miss many others and its grammatical suggestions are generally wrong as well.

I have dozens of illustrations to prove my point, but I’ll leave you with just one which, as a physician, really caught my eye. It was a magazine article in which the author described a hospital visit where a lab technician took “vile after vile of blood.” What was especially vile was this bit of writing.

Previous: Ingredients of Outliers: Women Game Changers
Next: Listening is the Missing Link