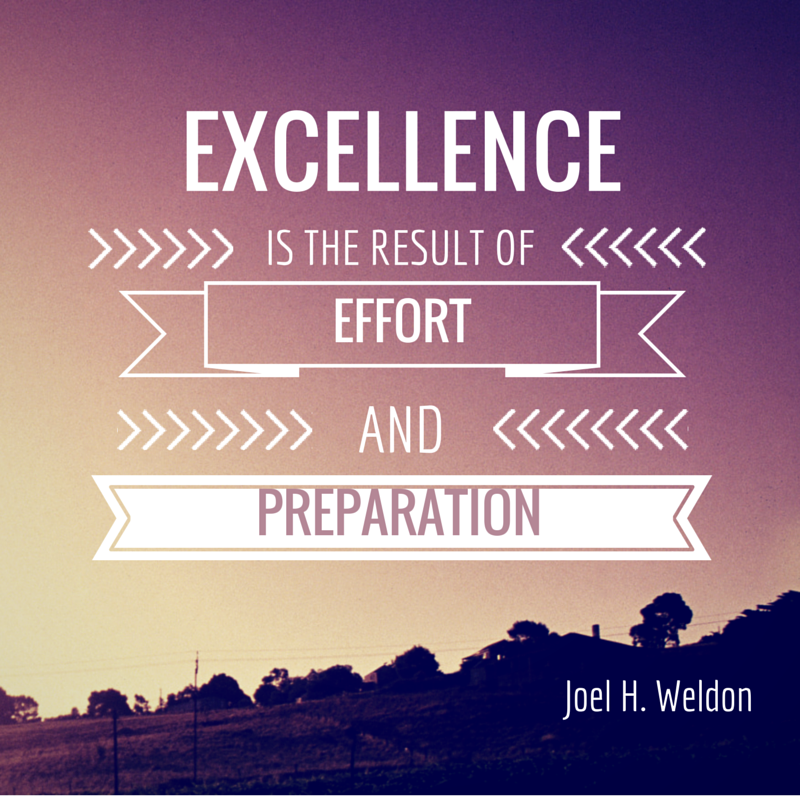 Having illustrated what dangerous and tragic results can occur as a result of inadequate preparation and, inversely, the amazing results of the response to danger by a thoroughly trained and prepared flight crew, let me switch gears.

I began this chapter with some words of wisdom by a man named Joel Weldon.

You may not know who he is, so let me introduce you to him. A former construction worker, he turned down a four-year college scholarship because he thought he wasn’t “smart enough” to go to college. For more than 37 years and counting, Joel has been one of the most highly respected and sought-after keynote speakers and sales trainers in North America, as well as an Idea Consultant and Executive Speech Coach for some of the world’s foremost business leaders.

“At one time,” he says, “I was so painfully shy that I couldn’t even lead my Sunday school class in silent prayer.” Yet, he was able to conquer his fears, becoming not just a much sought after speaker, but the only speaker to have earned all four of the highest honors in the speaking profession. For example, in 1989, Toastmasters International presented him with its highest award, the Golden Gavel, linking him with such notables as Walter Cronkite, Art Linkletter, Earl Nightingale, and Ken Blanchard.

With the approximately 3,000 speeches and seminars he has delivered during his career, one might suspect all Joel needs to do now when a new assignment comes along is to pack his bag and be on his way. But one would be wrong—very, very wrong. To this day, no matter how many times he’s spoken to a particular group or on a particular subject, he spends 50 hours in preparation each and every time.

When asked why, he replies: “Because to be excellent, I know each idea must relate specifically to the audience. And excellence is the result of effort and preparation.”

While I don’t know him personally and haven’t heard him speak, I learned something about Joel Weldon that puts him in a special place in my personal Hall of Fame. While he may not typically face life-threatening emergencies in his profession, his use of checklists is as thorough and extensive as any I’ve ever encountered. That includes a travel checklist, a seminar set-up checklist, a presentation checklist, an after presentation checklist, and a facility checklist. Taken together, they cover about 700 items.

Listed items include his meeting materials, speaking materials, equipment, clothes, props, travel items, etc. There’s virtually nothing that could happen from the time he leaves home until he returns that would find Joel unprepared. In his case, Murphy would have to rewrite his famous law to read: “Whatever can go wrong will go wrong, except where Joel Weldon’s involved.”

Have you ever attended a meeting where one of the speaker’s handouts was a clothespin? If Joel had been the speaker, you probably have. It didn’t take very many nights in hotel or motel rooms, lying awake because the drapes wouldn’t close completely, for him to add that item to his travel checklist. Now, with the drapes blocking any light from disturbing him, he can count on a good night’s sleep wherever he is—even when the wind blows.

Previous: Hero of the Hudson
Next: Ingredients of Outliers: Women Game Changers