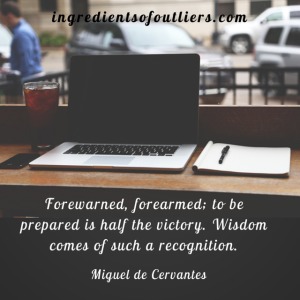 Hero of the Hudson

Almost certainly, you’re familiar with the story of an actual aircraft emergency which happened on January 15, 2009 and made headlines around the world. An early afternoon flight under the command of Captain Chesley “Sully” Sullenberger and it had just left New York’s LaGuardia Airport bound for Charlotte, North Carolina when it experienced an emergency which put the lives of the crew and its 150 passengers in immediate and serious danger.

Climbing 3,000 feet with copilot Jeff Skiles flying the plane, U.S. Airways Flight 1549 crossed through a gaggle of geese, knocking out both engines.

The two aviators’ training kicked in immediately. Though they had never flown together before, they were completely prepared to deal with the emergency, allowing them to proceed calmly and effectively. In The Checklist Manifesto, author Gawande described the scene: “There was no argument about what to do next, not even a discussion. And there was no need for one. The pilots’ preparations had made them a team.”

Sullenberger simply said, “My airplane” and took control. Skiles replied,: “Your aircraft,” and went right for the checklist. First, he tried to relight both engines, then one engine. Investigators later commented that it was very remarkable that he was able to actually go through these procedures.

It quickly became apparent to both pilots that the crippled plane would be unable to return to LaGuardia or make it to any other nearby airports. Captain Sullenberger decided the only possible way to save his passengers and crew was to ditch the plane in the Hudson River. That he was able to so without any loss of life or serious injury made him an instant hero and the landing became known as “The Miracle on the Hudson.”

“Sully” refused the hero’s mantle. Amid the hoopla surrounding him in the days following the water landing, he said, “I want to correct the record right now. This was a crew effort.” The outcome had as much to do with his skill as with teamwork and adherence to procedures and checklists. In other words, all the crew members, while they had never dealt with such an emergency, were nevertheless fully prepared to deal with it successfully.

Previous: Tips for Graduates: Launching Towards a Career
Next: Excellence = Effort + Preparation