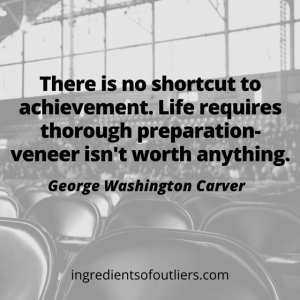 I have a confession to make: I’m a frustrated rock star. Save for my lack of any musical talent (I have lost friends after singing Happy Birthday to them), I could be Bruce Springsteen.

I once went to see Van Halen, a band fronted at that time by David Lee Roth. You may remember him. He was the alleged “nut-job” who insisted on having a large bowl of M&Ms provided to him backstage before concerts. He had one clause in his contract which required that no brown M&Ms were allowed in the bowl. If any brown M&Ms were found in the bowl, he had the unilateral right to cancel the show, with full compensation for the band.

As Roth explained in his book, Crazy from the Heat, Van Halen was one of the first groups to play in the large-scale stadium shows. They would arrive with ten large semi-trailer trucks full of equipment.

His contract read like the Yellow Pages. Deep in it, in Clause 126, was the “no brown M&M” sentence. Roth said if he saw one brown M&M in the bowl, he knew other items would be missed as well. On one occasion in Colorado, he found a single brown M&M and reportedly cancelled the sold-out concert.

Was this simply the result of a temper tantrum by a spoiled performer accustomed to always getting his way? By no means! In fact, it turned out that the promoter hadn’t read the weight requirement for the stage, and the song Jump would have turned into Fall, as the entire staging would have plunged through the arena floor. Even “nut-job” David Lee Roth used a preconcert checklist. He was prepared!

Crazy? Overkill? Hell, no! On June 19, 2012, USA Today carried this report: “A drum technician was killed Saturday when a stage collapsed before a Radiohead concert in Toronto. . . the British man was in his mid-30s. He was trapped under the wreckage and pronounced dead at the scene. Investigators continued to sort through the rubble Sunday, trying to determine what caused the structure to come crashing down.” One official described the stage as “fairly unstable,” which strikes me as an understatement of epic proportions. Incidentally, the article also noted that all 40,000 tickets to the concert had been sold.

Tragically, this was not an isolated incident. There have been a series of concert stage collapses in recent years, including one in August 2011, when a concert stage in Indianapolis collapsed, killing six.

There’s a centuries-old proverbial rhyme titled “For Want of a Nail,” which goes like this:

It might be time for a new version, to be called “For Want of a Brown M&M.” I guess David Lee Roth isn’t such a “nut job” after all.

Previous: The Importance of a Checklist
Next: No matter what you do this Memorial Day…don’t miss this opportunity