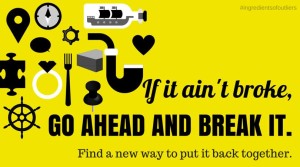 From Chapter 16 “The Rare Find” in Ingredients of Outliers. If It Ain’t Broke . . . Unless you’re in at least your late 40s, the name Bert Lance may mean nothing to you. He first came to prominence in early 1977, when newly elected President Jimmy Carter appointed him Director of the Office of Management and the Budget (OMB). A banker and fellow Georgian, Lance perhaps received the appointment as a reward for his service to Carter during the 1976 presidential campaign. Lance’s tenure at the OMB ended within a few months. He resigned as a result of certain charges leveled at him for … END_OF_DOCUMENT_TOKEN_TO_BE_REPLACED