From Chapter 11 “Perspective” in Ingredients of Outliers. Lemons? Or Lemonade? You’ve probably heard this century-old bit of wisdom about perspective: “If life hands you a lemon, make lemonade.” Although it didn’t originate with him, the late Dale Carnegie, well-known writer, lecturer and selfimprovement guru, commented on it in his book How to Stop Worrying and Start Living. First published in 1946, the book is still in print today, with more than six million copies sold in dozens of languages. “The fool,” he wrote, “if he finds that life has handed him a lemon, he gives up and says: … END_OF_DOCUMENT_TOKEN_TO_BE_REPLACED 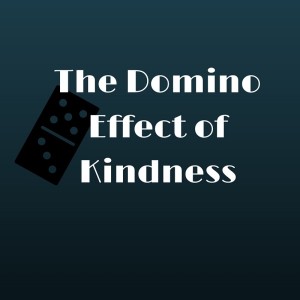 As writer and lecturer Dale Carnegie once said, “Perhaps you will forget tomorrow the kind words you say today, but the recipient may cherish them over a lifetime.” This quote could not be truer. Have you ever needed a pick-me-up amidst a difficult day and had someone show you a little kindness? Not only does kindness brighten your day, but it inspires you show that same kindness to others. See, the domino effect here? So we challenge you, outliers, to be the first domino by completing a “Random Acts of Kindness” week. Do one act of kindness every day for a week! Here’s a few ideas to get you … END_OF_DOCUMENT_TOKEN_TO_BE_REPLACED