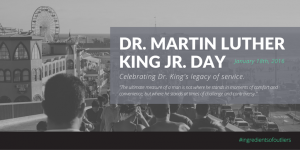 Dr. Martin Luther King Jr. brought so much hope and healing to America. His legacy is one which teaches valuable lessons of courage, compassion, dignity, humility and perseverance. With violent protests overtaking the news, MLK Day (January 18th), is a great time to stop and remind ourselves of the powerful leadership Dr. King provided in times of difficulty. His forgiveness and nonviolent demonstrations lead a nation to change for the better.   Brief Facts about Dr. Martin Luther King Jr. King lead the American Civil Rights Movement for almost twelve and a half … END_OF_DOCUMENT_TOKEN_TO_BE_REPLACED 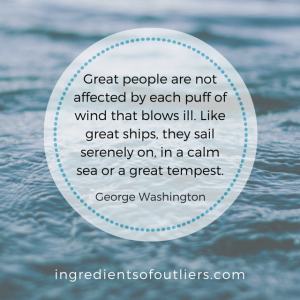 From Chapter 6, "Imperturbability: Staying Calm" in Ingredients of Outliers The Poet The second nineteenth century figure I referred to earlier was Rudyard Kipling, whose poems have long been staples in English literature classes. They include “Mandalay” and “Gunga Din,” both based on military life in British-colonial India, where Kipling grew up. The latter poem, which ends with these famous words: “You’re a better man than I am, Gunga Din,” was twice the subject of Hollywood films. Released in 1939, the first one featured such well-known film stars of the day … END_OF_DOCUMENT_TOKEN_TO_BE_REPLACED