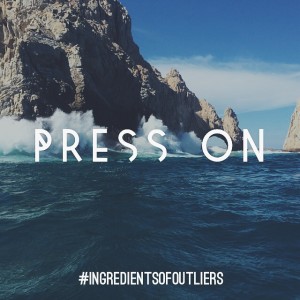 On May 10, 1899, Frederick Austerlitz, the son of Austrian immigrants, was born in Omaha, Nebraska. As children, Frederick and his sister Adele began singing and dancing in vaudeville shows and continued to do so for many years.

A vaudeville show featured a variety of entertainers—including singers, dancers, comedians, ventriloquists, jugglers, magicians, and others—who would appear on stage in rapid-fire succession during shows lasting up to twelve hours. Many successful stage and movie careers were launched in vaudeville theaters across America.

When his sister quit in 1932 to get married, Frederick, now in his early 30s, headed to Hollywood to make his fortune. The movie industry was booming and two of the major studios were RKO and MGM. Frederick signed a contract with RKO, which promptly loaned him to MGM to appear in a film titled Dancing Lady.

His MGM screen test didn’t go so well. The director conducting the test wrote this note: “Can’t act, can’t sing, slightly bald, can dance a little.” Nevertheless, he was given a supporting role in Dancing Lady, starring Joan Crawford and Clark Gable. But were you to check the list of cast members for that film, you’d search unsuccessfully for the name Frederick Austerlitz. By that time, he’d become Fred Astaire.

Back at RKO, Astaire became famous first as a dancer teamed with Ginger Rogers, another early Hollywood star. Later, as his fame grew, he also successfully took on singing and straight dramatic roles, although his greatest fame came as a dancer. He is still considered by many as America’s most famous dancer.

One of Astaire’s earliest films with Ginger Rogers was titled Swing Time, which featured a song titled, “Pick Yourself Up,” to which the pair danced magnificently (check it out on YouTube). The music was written by famed composer Jerome Kern, but it was Dorothy Fields’ lyrics that express the primary message of this chapter probably better than I ever could.

The song ends with these words: “Will you remember the famous men / Who had to fall and rise again? / So take a deep breath / Pick yourself up / Dust yourself off / Start all over again.”

In case you’re wondering what happened to that note the MGM casting director wrote, Fred Astaire kept it prominently displayed in his Beverly Hills home, reminding him of the roadblock he faced on his journey to success.

These are not isolated stories. For the vast majority of people who became successful in whatever area they excelled in, there were no easy roads. They have a common trait that without it, things like the battery, the electric light bulb, heart transplantation, human flight, the personal computer, and countless other leaps in technology and science would have never happened.

The wisdom gained through failure is both incontrovertible and invaluable. Despite this, neither people nor organizations seem to handle it well. Harvard Professor Amy Edmondson wrote, “We are programmed at an early age to think that failure is bad. That belief prevents organizations [and individuals] from effectively learning from their missteps.” The phrase, “Fail fast so that you succeed sooner,” is a good mantra for those who are testing possible hypotheses while they are “building the wings as they fly.”

Failure is inevitable in today’s complex society. The key is to simply fail fast, fail intelligently, learn, and press on. When you feel you can no longer go on and you want to quit, realize that you may be just a few inches/days/dollars from success. Keep turning the pages to learn what these successful people know!

Previous: Failure is Important
Next: How to Rock an Internship