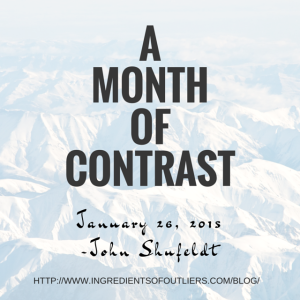 This has been a month of contrasts. On Friday, after a 3 week trial, our emergency medicine group received a defense verdict in a wrongful death, medical negligence case. The circumstances surrounding the death of the patient are murky at best. The long and the short of it is that the patient took what turned out to be fatal doses of Methadone. Whether intentional or not, the loss of life of a 21 year old is tragic and painful for all involved.

Elation and Sorrow: After 2 years of angst, hundreds of hours of preparation and hundreds of thousands of dollars in costs and legal fees, our group was exonerated and we were elated – we prevailed, justice was served. At the same time, we felt nothing but sorrow for the family. They were obviously guilt ridden and distraught and yet despite their adversarial position, everyone in our department felt horrible for their loss.

Pride and Disgust: On October 6, 2010, the same day I was sworn into the US Supreme Court, I had the incredible experience of witnessing Snyder v. Phelps argued before the Justices. In short, this case involved the Westboro Baptist Church and their leader Fred Phelps who believed that God was punishing the United States for its tolerance of homosexuality. Phelp’s followers would often demonstrate at military funerals, holding up signs that read “Thank God for Dead Soldiers.” I remember leaving the Supreme Court, feeling completely disgusted by Phelp’s hatred and yet full of pride about what a great country we live in where even the most hateful and small-minded could have their day in court.

For years I have told physician-colleagues that plaintiff’s lawyers do not bring frivolous cases to court – it is simply too expensive to front the cost of anything less than “slam dunks.” I was wrong. Despite my abhorrence of the plaintiff’s attorney and the facts surrounding the case, I could again not help but feel honored to live in a country where everyone can have their day in court.

Professionalism and Lack Thereof: Our group was fortunate. We were assigned the preeminent attorney from the best medical malpractice defense firm in Arizona. For 2 years she lived and breathed this case. She knew every fact, every nuance and every rule of law necessary to prevail. She was tough when necessary and soft when the situation called for tact and a light touch. I told her, I wanted to be her in my next life. She was the consummate professional.

Contrast that to her opponent. He was a living caricature of everything people hate about lawyers. He was who Dick was speaking about in Shakespeare’s Henry the Sixth, “The first thing we do, let’s kill all the lawyers.” He was condescending, rude, manipulative and led his experts down paths of half-truths and misrepresentations. He was, in short, everything wrong with the legal profession. What’s worse, is that although he filed a motion to prevent the jury from knowing, he was also a doctor.

Scholars and Charlatans: In medical malpractice cases it is almost always necessary to have experts who help the jury decide the facts and render a verdict. Over the last 3 weeks I witnessed both ends of the expert spectrum.

We were fortunate to retain a world-renowned toxicologist. Who, despite his already encyclopedic knowledge, refused to engage in the case until he conducted his own unbiased literature review. He was amazing. He taught the jury and everyone else in the court room everything we ever wanted to know about Methadone and its dangers. Despite a verbal onslaught of twisted misquotes, he remained steadfast, professional and professorial.

Contrast that to two hired guns who made up facts and quoted studies seemingly on the fly. One of them even quoted his own article which did not even list the drug in question (I read the article). Their level of bias was so great that it is amazing that these “experts” have not been already exposed.

Honor and Bullies: Doing the right thing when every fiber in your soul tells you to take the easy way out is incredibly hard. The primary defendant in this case was the Chair of our department. For 2 years she was dragged through the mud. The plaintiff attorney’s MO is to “paper the opposition to death” by filing hundreds of motions aiming to win the war by attrition. In other words, create enough pain and cost that the defendant settles the case simply to make him go away.

He picked the wrong defendant. Her comment was prophetic, “If I give in he will be empowered to do it again. Someone has to stand up to him; I guess it’s me.”

In the end, it was a long and often difficult three weeks. Yet, I would not have missed it for the world. I was able to witness both the best and the worst of traits of the human race. Most importantly, it made me more appreciative than ever of our legal system and of the great country in which we live.

-John Shufeldt
To read more about John’s experiences, click the link below:
http://www.ingredientsofoutliers.com/resolutions-new-years-eve-emergency-departmen/

Previous: Resolutions and New Year’s Eve in the Emergency Department
Next: Humility