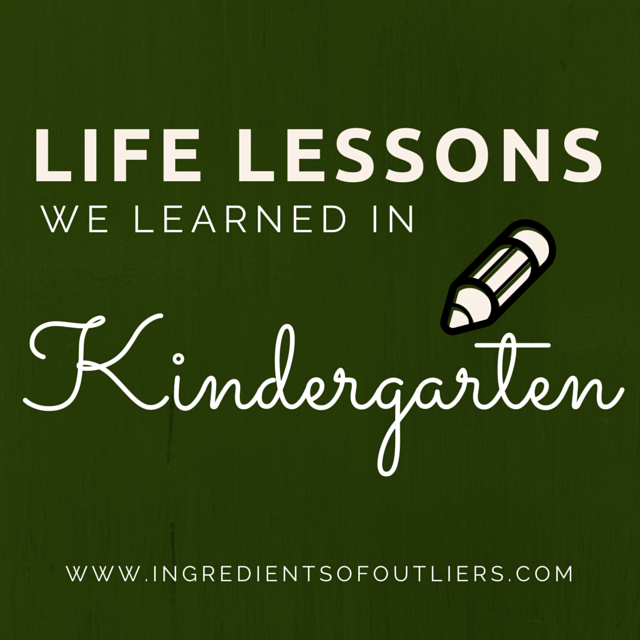 From Chapter 9 “Learning” in Ingredients of Outliers.

“Clean up your own mess.”

Nothing worthwhile is ever easy or without some messy situations. In business, making a mess of things occasionally is expected and probably necessary to move the business forward. There’s one caveat, however. You need to stick around and clean up the mess. In other words, don’t “pull a seagull”—swooping in, pooping all over everything, and flying away. Good leaders and good parents roll up their sleeves, as opposed to wringing their hands, and get dirty. Picking up the pieces helps you determine the root cause of the event, teaches you how to resolve it in case it ever happens again, and demonstrates to your team and your family that you lead from the front.

Honestly, this is a tough one for me. Sometimes I think all that’s needed is a good a** kicking to get an employee, or your child, back on the track. After all, look what it did for me during my prepubescent years. But Sister Marie Emelda aside, as much as you’d sometimes like to whap that person upside the head, there are better ways to address behavior which doesn’t conform to your policies or culture. Identify the problem and make it, as opposed to the person, the issue for discussion.

At age three, my son Michael was a terrorist before it became somewhat commonplace. He was as stubborn as a mule, as strong as a little ox, and could scream like his arm was being cut off. One day when he was around four, I was so frustrated by him that, as he walked away from me during a discussion, I swatted him on his rear end, stopping him dead in his tracks.

Until that day, he’d never been spanked and this one “spank” caught him completely by surprise. He had a look on his face as if he’d just seen someone run over a squirrel in the road. Without missing a beat, he spun around and said, “Why is it okay for you to hit me, when you tell me not to hit others?” I have to admit that I was stopped dead in my tracks. I apologized, made no excuses, and never spanked him again.

As a business owner, a spouse, or a parent, apologies should come off your tongue easily, honestly, sincerely, and often. When your company doesn’t live up to the expectations of your customers, apologize—even if their expectations are unrealistic. When you blame your son for leaving your car with an empty gas tank, and then discover your daughter was the last one to drive it, apologizing to him can set a good example.

By the way, I’m still waiting for Sister Marie Emelda to apologize. By my calculation, she’s now 116 years old and is certainly too mean to die.

I’m sure Sister Marie Emelda and all the others who fell for that “Spare the rod and spoil the child” bit meant well, but it’s no wonder that for most kids, the start of summer vacation was like getting paroled. We wouldn’t even have to think about school for the next couple of months or so. I remember it well.

If you were like us, we dreamed of that day when we’d complete our formal education and could get on with living! It was time to take all that learning we’d accumulated and put it to work providing some return on those years we’d spent in classrooms.

But if you’re wise, the learning process shouldn’t stop the day you bid the campus farewell. That diploma or degree may testify that you’ve been educated, but education and wisdom aren’t the same thing, nor are education and learning synonymous.

Previous: Learning: A Lifetime Pursuit
Next: Finding Your Passion: The Confessions of a Confused Graduate