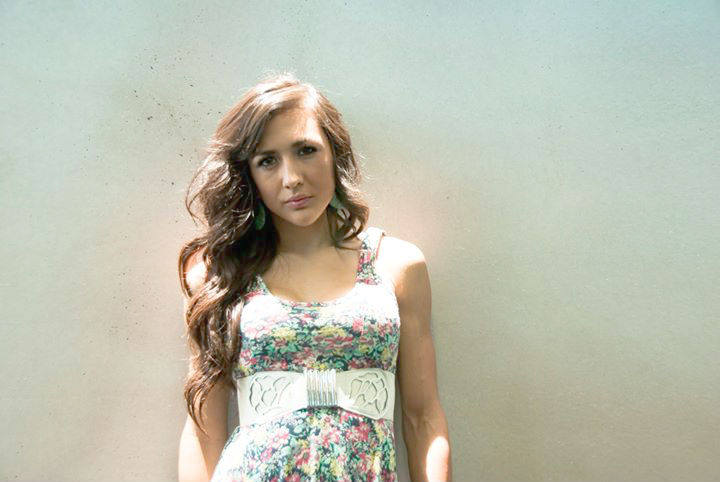 You are in a warm weight room, loud weights are clanking in the background accompanied by the smell of iron and intensity. Sweat beads are accumulating on your brow line, 10 more reps and this set is over, muscles are hard at work tingling with energy; endorphins are at an all time high.

In a room filled with men, you are the only woman.

You are 19-year-old, Tempe raised fitness model, trainer and body builder Christina Rico, and you are one of few young and upcoming female fitness competitors. When you tell people about your career goals, in come the stereotypes about what type of work you will do, the question everyone wants to know for women competitors- “will you get big?”, and the perceived lack of depth in fitness coaching and competitions. “Being a female in a fitness scene, you tend to get judged more often because some people don’t think that muscle is ‘feminine’, but you inspire so many girls to work out and do it properly that it is totally worth it in the end,” said Rico.

Being a female in a fitness scene you tend to get judged more often because some people don’t think that muscle is ‘feminine’, but you inspire so many girls to work out and do it properly that it is totally worth it in the end.

Thankfully, trends point to advances for women in the realm of fitness and athletics. There has been an increase in female involvement in the fitness world since 2007. Data in the NSGA Sports Participation reports show that females represent over half of the participants in activities including yoga, aerobic exercising, exercise walking and working out at a club. According to bodybuilding.com, there has also been an increase in involvement in female bikini and figure competitions. In recent news, competitor Kacy Catanzaro became the first woman ever to qualify for the American Ninja Warrior as a finalist. If you have nine minutes to spare, prepare to be amazed by watching her qualifying clip here. In addition to more female participation, recent ad campaigns, like the Always “Run Like a Girl” commercial have also been jumping on the bandwagon of creating a new kind of feminine, from “dainty” to “strong”.

These advances however, aren’t yet big enough for Christina and her counterparts to ride the coattails of, or even attribute to their success. Something else was the determining factor of her quick advancement in the industry- read on for some more of Christina’s story.

Christina attended her first Arizona figure competition after one week of preparation and received second place in the class B division. She attended another Arizona show a week later with the same outcome.

“I started to get more determined and train harder,” said Rico.

Christina could have bypassed education as a hurdle to see her dreams more quickly materialize , but instead she worked hard and graduated from college as a teen at the age of 18 with a degree in Health Wellness and Personal Fitness.

Walking into Christina’s room there is a wall to the right stacked with cardboard boxes, stuffed to the brim with Dynamatize protein and energy products, to the left there is a table where five shiny trophies sit, along with a 2-foot-6-inch sword trophy with a black leather cover.

“Christina hasn’t made fitness her new year’s resolution, she made it a lifestyle change,” said Carmen, Christina’s older sister. “She didn’t wake up one morning and decide to start a crash diet, she was determined and made it a mindset.”

If you have read the Outlier Series blog for any length of time, or perused Ingredients of Outliers or Ingredients of Young Outliers, you will see a common thread in those who author Dr. John Shufeldt has categorized as outliers. It’s the practice of persistence; almost to the level of an obsession. In some ways, achieving greatness requires a level of single-mindedness towards a goal. Whether you agree with the level of intensity bodybuilders and figure competitors demonstrate, Christina’s practice of dedication and determination to achieve her goals are what make her an outlier. We can’t wait to hear about new increasing trends of women breaking into the fitness world, which has traditionally been an acceptable career pursuit and lifestyle for men.

If you are like Christina, an aspiring career fitness trainer, or just want to get in shape for heath and wellness, she recommends making goals and writing them down. Christina believes if you make a goal and don’t write it down it is just a nice thought. She is a perfect example of a driven young woman who is reaching extraordinary heights that have exceeded even her own expectations. Earlier this month she accepted a position as the manager of a fitness boot camp in California where she will be training other personal trainers (who train celebrities) on correct training and dieting practices.

Christina’s quick tips toward having a great work out

Warm-ups are important to get the blood circulating. Christina usually starts her warm up with a resistance band and lightweights.

Breathing and staying hydrated are important factors when you are working out. Make sure to bring water with you to the gym.

Studies actually show that listening to fast paced pump up songs can enhance your workouts by keeping you focused and entertained.

When you are surrounded by fellow gym-goers it can be hard not to look around, talk to people and be distracted. Use the gym time as you time and don’t let the atmosphere interrupt your workout.

For some fun fitness ideas you can get your friends involved in, check out our previous post about national fun runs here.

Previous: Top Reasons to Put Down your Device and Pick up a Book.
Next: Are you Surrounding Yourself With the Right People?